The secrets of Antoine Griezmann, the most South American French 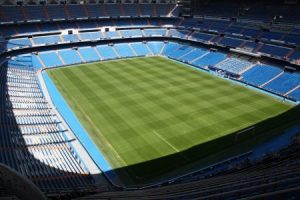 During the season that starts in the Spanish League, Antoine Griezmann will have new sensations and will surely live strong experiences in different stages. With the shirt 17 of Barcelona on his back, he will wait for applause from the fans at the Camp Nou, some disapproval in the Wanda Metropolitano by the supporters of Atlético de Madrid, for leaving after five seasons after communicating in his 2018 video that he would stay in that club, and probably an ovation from the people of the Royal Society of San Sebastián, an entity that left 54 ​​million euros in his coffers for the two transfers he was the protagonist at this time.

Griezmann was born in Macon, in the French Burgundy area, on March 21, 1991. His father is of German origin and his mother, Portuguese, and in fact his maternal grandfather, Amaro Lopes, was a footballer at Pacos de Ferreira, and It was not surprising that he started at a neighboring club, the Union du Football Maconnais (UF Macon). Meanwhile, it was tested on several teams, including the one of which he was a fan, Olympique de Lyon, but was rejected by his small and smirked physique.

However, at age 13 he was recruited by the Royal Society of San Sebastian through his scout Erik Olhats, who combed the youth zone of Iparralde (the French Basque zone), who saw him move in a children’s tournament.

Iñigo Taberna, journalist of Radio Onda Cero from Spain and a great connoisseur of everything related to the Royal Society, affirms that what happened to Griezmann in this club is “a true Disney story because nobody thought there would become what It was”. To convince his parents to accept that the boy would play on the Spanish side, Olhats promised them that he would continue studying in Bayonne, on the French side, and that he would house him in his house.

He then reached the Cadet category, but was far from shining. Many times he was a substitute for the teams, both in that category and in Youth. Those who stood out the most in those days were Iñigo Martínez (today in Athletic Bilbao and the Spanish team), Jon Gastañaga and Txomin Barcina, but everything suddenly changed in an international tournament of 2009, which each year organizes the Royal Society for Week Santa, in which he was devoted scorer and best player.

He managed to get the attention inside the club, which was in a deep depression, in Second for the third consecutive year, after having played forty consecutive years in First, in which he won two Leagues and a Copa del Rey. Before starting the third season in Segunda, Uruguayan Martín Lasarte, who summoned him for a friendly match in Azcoitia (Guipúzcoa) against Anaitasuna, took over as technical director. He had injured the youth that he was going to use on the left, Bingen Erdozia, and then turned to Griezmann, who was to play that next season in Third Division, with Sanse, as Real Sociedad B is known.

Griezmann scored two goals in that match, and his performance pleased Lasarte, who defended him to continue training with the first team although they did not see him in the steering committee. “We said ‘this has to be safe, at least as a substitute’, and the substitute, to the fourth or fifth game was already a starter,” recalls Lasarte. He was a stranger to the fans, he had just turned 19, and he ended up being very important for the promotion of the Royal Society to the First with important goals and relegating the bank of substitutes to the Colombian Jonathan Estrada.

That season, 2009/10, would be fundamental in Griezmann’s career and not just for sporting successes. He drew attention for his eternal smile and for the strange celebrations in each of his goals (throwing himself head in the snow, getting into a car that was as publicity on the running track of the Anoeta stadium, leaning on the shoulder of a security guard), although his first professional contract was signed only in April 2010.

Lasarte, the coach who made him debut at the Royal Society, had done the same before, in Nacional de Montevideo, with a young man “and very hungry for success” Luis Suarez, who will now be his attack partner in Barcelona. One of the keys to Griezmann’s subsequent event was because he “learned a lot about the body movements, in attack, from Carlos Bueno,” former player of Peñarol, San Lorenzo and Boca, who became a veteran of the Royal Society to attempt promotion. First.

“Bueno especially taught him how to move in the air game because Griezmann was short and, on the other hand, Carlos was tall, stocky, and they stayed hours practicing, and when you see Griezmann jumping today, you remember Bueno,” he said Little Lasarte on the Uruguayan TV program La caja negra.

Well it was quite the opposite that Griezmann, experienced and of strong character, and ended up being his guide, exerted a great influence on him and developed a long friendship that arrives until today. “The president of the club said that I needed a man to revolutionize my wardrobe, handsome” and Lasarte chose me even though he was from Nacional and I, from Peñarol, but I went to Artigas for a few days, a quilombo was assembled and I fell in Cana and That came out in the Spanish newspapers. I thought that everything was falling, but that pleased the president so much that the next day I traveled to sign for the Royal. After the president behaved well, we were second champions. The day we climbed we were at the bus and there was no music, nothing. All quiet. Lasarte looked at me and I got up and asked what happened, if they were afraid. I told them not to worry, that we would win, that here I was to save them. We came from a bad run, but I scored three goals. The first, a free-kick Griezmann center, a header. The second, another move by Antoine, and in the third, I pushed it after a rebound, “Bueno recalls.

Well remember that “Lasarte got mad at us because we stayed a lot and we finished training and Antoine told me ‘go, let’s kick centers, practice. Lasarte was already leaving with the car and we were still there and we were honking from the car so we stop. ”

The former Peñarol striker admits that “on the one hand I was a teacher, but I also loved being with him because he was the age he was but he was a very mature boy for what was coming. He loved training. And it’s hard to find a kid who at 17 would like to train like that. I explained that because of my size, I was based on air play because my hands were getting complicated. We became friends, I went looking for him because we lived at 3 blocks and always went with the mate. He, as a good Frenchman, did not drink. Even at first he did not like it when he tasted it. He drank a lot of water, but now, I see with joy that he goes with the thermos and the bulb everywhere. ”

With Bueno, not only Griezmann learned to drink mate but to have breakfast with dulce de leche and became a fan of Peñarol. He even joked that Lasarte “is a great technical director even if it is Bag (as nicknamed the fans of Nacional).” The Uruguayan customs acquired continued with other companions of that country that he had in the Royal Society until 2014, such as Chory Castro or Diego Insfrán and then would continue with Diego Godín and José María Giménez in Atlético de Madrid.

Griezmann’s link with Uruguay grew when Godín became his daughter’s godfather and became even closer when he visited Uruguay months ago for the defender’s marriage. He did not shout, in fact, the goal that turned the celestial in the 2018 World Cup “because there was always a Uruguayan to help me in football and in life and I love Uruguayans.” and after being champion in Russia, he received a Uruguayan flag at the press conference, and put it on his shoulders. When he was introduced to Barcelona last days, he said he expected to “bait mate Luis Suarez and Lionel Messi.”

However, not all of them are pink and it was even said that in the blue wardrobe, during the last year, there was no talk of Griezmann so as not to generate a crack because if Godin is the daughter’s godfather, Suarez was upset with his decision of continuing at Atlético Madrid and not going to Barcelona in 2018.

With Barcelona he signed with a clause of 800 million and a contract for five seasons and is the third most expensive signing in the history of the club, only surpassed by Philippe Coutinho and Ousmane Dembélé.

When asked why he decided to stay another year at Atlético before moving on to the Catalans, he justified it by saying that “I have a family to move, a daughter who was in school, with friends and friends. My wife the I looked good there, I was fine and I was not prepared to take that step. I thought I still had something to do in Atlético, but this year has been different, “and tried to look forward:” I hope there is a problem , unlocks with assists and goals in the field “and compared Messi with LeBron James. “If this is the face of basketball, Messi is that of football.”

Griezmann knew well that if at the end of the 2017/18 season, Messi and Suárez had welcomed him, a year later, Messi himself as Gerard Piqué only referred to the club’s leadership when they were asked about the possible arrival of the Frenchman .

The first thing he did when he was presented at Barcelona was to thank the Royal Society and the president who made the first contract, the quarry coaches and the professionals, and said that what he lived between the ages of 14 and 16 in that Club helped him a lot to be strong mentally. Griezmann is the second player in the lower divisions of the Basque club to be world champion, after Xabi Alonso (with Spain, in South Africa 2010) and it is said that when he passes with Barcelona through Anoeta he will receive an ovation and will be honored by the club .

While living his first experiences as a Barcelona player and waiting for Messi to return from his vacation to share training and matches with him, he was hired with his compatriot Samuel Umtiti (one of his best friends and Barca’s partner) for the third part of the Stranger Things series. In his social networks, Griezmann prepared a montage in which he and Umtiti appear with Dustin and Lucas, with whom they have a great physical resemblance. Griezmann’s hair is identical to Gaten Matarazzo, the actor who plays Dustin, while Umtiti looks a lot like Caleb McLaughlin (Lucas).

Uruguayans who ran into Antoine throughout his career finished making him a fan of mate.