Rose, like Trippier, will not go to the Tottenham tour 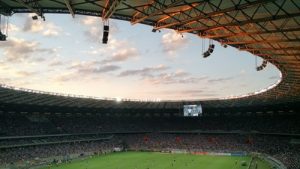 Tottenham, finalist of the last Champions League, is starting to move the team and, specifically, the defense. With the almost certain exit of Kieran Trippier to Atlético de Madrid, it will be necessary now to know the future of Danny Rose.

The left-back did not have a good season the previous year and has not gone to the ‘stage’ of Tottenham preseason. Rose, who already wanted to leave the club on previous occasions, is allowed to “explore possible opportunities with other clubs”, like Vincent Janssen and Georges-Kevin Nkoudou.

Rose, the undisputed starter in other seasons, was burdened by injuries and lost his place to Davies, with whom Pochettino wants to count.